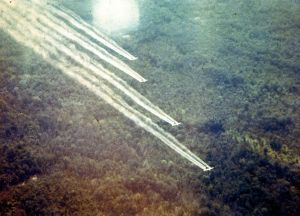 ecocide is defined as “an extensive damage or destruction which would have for consequence a severe alteration of the global commons or the Earth’s ecological system“ –  upon which rely all living beings in general  and humankind in particular – and in compliance with the known planetary boundaries. Ecocide thus includes all major environmental disasters, however it primarily refers to anthropogenic (human-caused) impacts. Humanity’s unsustainable exploitation of the planet’s finite resources has given rise to the rapid climate change and sixth mass extinction event that is being witnessed today. Consequently, the survival of present and future generations is threatened. In order to maintain biodiversity and the right of future generations, a new definition of well-being and prosperity is needed, one that is based on scientific understanding of the stability of the global ecosystem and enshrined in the international legal framework to protect these rights from corporate greed.

What are the global commons and the Earth’s ecological system? 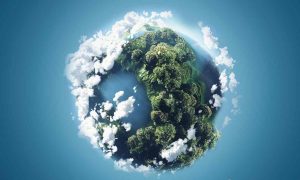 The global commons are natural areas to which no single nation state has exclusive rights, as legal ownership is precluded due to their nature (e.g. space, earth’s atmosphere) or an international agreement (e.g. the Antarctic Treaty, 1959). The global commons include oceans and seas beyond terrestrial waters, the atmosphere, outer space, Arctic and Antarctica, cross-border rivers and lakes. Their biodiversity should be preserved. The global commons, as we understand them, should also include ground water, biochemical cycles, migratory species, genetic pools, biochemical cycles should also be recognized and protected as global commons. 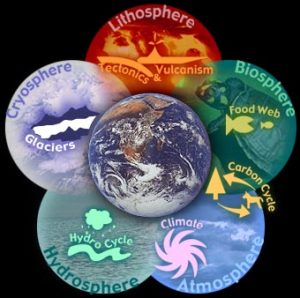 The Earth is made of several subsystems or “spheres” that interact to form a complex and continuously changing whole called the Earth system. There are 4 subsystems in the Earth system. The atmosphere is the layer of gases that surround the Earth. The biosphere consists of all the living organisms on Earth. The geosphere is the physical Earth, the rock magma and soil. The hydrosphere is all the water held on the Earth. People are part of the Earth system and they impact and are impacted by its materials and processes. These areas, systems and cycles are essential to the healthy functioning of the global ecosystem, and should no longer be the scene of pollution and over-exploitation to keep its vital balance.

What are the planetary boundaries? 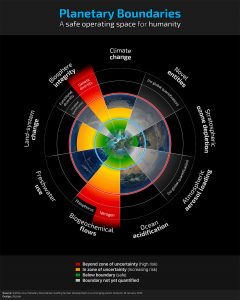 The planetary boundaries are the limits to the stability of the global ecosystem, determined in 2009 by Johan Rockström’s scientific team, revised in January 2015 by Will Steffen‘s team from the Stockholm Resilience Centre, beyond which human existence is threatened. The science shows that these nine processes and systems regulate the stability and resilience of the Earth System – the interactions of land, ocean, atmosphere and life that together provide conditions upon which our societies depend.

Four of nine planetary boundaries have now been crossed as a result of human activity. The four are: climate change, loss of biosphere integrity, land-system change, altered biogeochemical cycles (phosphorus and nitrogen). Two of these, climate change and biosphere integrity, are what the scientists call “core boundaries”. Significantly altering either of these “core boundaries” would “drive the Earth System into a new state”.

“Transgressing a boundary increases the risk that human activities could inadvertently drive the Earth System into a much less hospitable state, damaging efforts to reduce poverty and leading to a deterioration of human well being in many parts of the world, including wealthy countries,” says Professor Will Steffen.

The planetary boundaries are inextricably related, and the transgression of one increases the risk of surpassing other limits (e.g. climate change significantly affects the freshwater cycle). Professor Johan Rockström asserts that once certain thresholds are passed, there is a risk of “irreversible and abrupt environmental change”, the consequences of which would be catastrophic for humanity. For example, by 2050 it is estimated that half a billion people are likely to experience water-stress, increasing the potential for conflict over scarce resources.

The Earth is currently in the ‘Anthropocene’ period of its geological history, named for the unprecedented impact of humans on the natural environment and its biogeochemical processes. Since the Industrial Revolution, human activity has resulted in the escalating loss of biodiversity, massive deforestation, depletion of nitrogen and phosphorus needed for soil cultivation, scarcity of fresh water, ocean acidification, over-concentration of atmospheric carbon dioxide, and finally the loss of integrity of the ozone layer. As of January 2015, the planet has crossed the threshold of four of its nine limits.

What does End Ecocide aim to achieve? 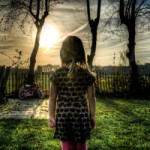 Our primary aim is the recognition of ecocide as an international crime. We have developed 17 proposed amendments to the Rome Statute to establish an international criminal legal framework that ensures the safety of the planet by protecting the global commons and Earth’s ecological systems upon which humanity relies, maintaining human activity within the planetary boundaries. The incorporation of these scientific standards would provide the capacity to protect the global environment in a supranational way. Currently, we are lobbying to get at least one member State of the ICC to support our proposed amendments of the Rome Statute, together with the civil society petition asking for the crime of ecocide to be recognised. We will continue to lobby to gain the support of as many ICC member states as possible before the next Revision Conference on November 2017.

What is the Rome Statute? How would ecocide apply to international law? 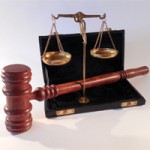 The Rome Statute is the legislation that governs the International Criminal Court (ICC), established to end impunity of the most serious crimes of concern to the international community. Crimes recognised under the Statute are: war crimes, genocide, crimes against humanity and crime of aggression. The definition of war crimes includes widespread, long-lasting and severe damage to the natural environment, however there are currently no provisions to protect the environment from such harms during peacetime. Given its severity and global implications, ecocide should be a crime subject to universal jurisdiction. The principle of universal jurisdiction derives from the assumption that certain crimes are so serious that they affect the international community as a whole, and consequently nation states have a duty, if not the obligation, to act for humanity’s common best interest and take legal action against perpetrators of international crimes. In view of its significant consequences, and the propensity of legal entities to commit such a crime as ecocide, it must be recognised as a crime of strict liability. This means liability need not be established by malicious intent, rather by knowledge of the consequences of the individual or legal entity’s action.

Why are we asking to amend the Rome Statute?

The main idea is intriguingly simple: we believe the destruction of the Earth’s ecosystem, upon which human populations rely, is equal to a crime against humanity. Ecocide must therefore become an international crime; a crime for which State sovereignty cannot be claimed to shirk liability, and those in superior positions can be held accountable. Humans are an inalienable part of nature, and their actions have consequences for both the natural environment and humanity itself. The importance of the global commons and the ecological systems, as well as the duty of humanity to protect them, involves the recognition of transgenerational rights, such as the right to a healthy environment. Transgenerational rights confer on present generations the duty to protect the environment for next generations. The recognition of ecocide in international law would thus enshrine these rights and ensure the continuity of life and humanity. This is the radical change we need, and we are building a global movement to make it a reality.