This is not over…we continue to end ecocide!

With this motto the European Citizen’s Committee and the Geographic coordinators of End Ecocide in Europe gathered together from all over Europe for a 5-day training, a crucial and essential standpoint to the evolution of this Initiative, hosted in FPZ Eifeldorf in Bad Breisig, Germany.

Only few days after the closure of the European Citizens’ Initiative, End Ecocide in Europe is already stepping dynamically forward; signatures are now being collected under the form of a petition to be submitted to the European Parliament along with the formal ECI signatures; meanwhile a new coalition was formed, co-publishing the Charter of Brussels on January 30th -a call for the establishment of a European and an International Criminal Court for the Environment (read more here)

But most importantly, the pylons of the short and long-term strategy are being set during this training, a Youth Democracy Project under the framework of Youth in Action European programs, whose purpose is to reinforce the citizens’ participation in the democratic life of their community in a local, regional, national or international level.

Under this intercultural and intergenerational environment the End Ecocide in Europe’s fundamental values are reinforced and a new vision is being formed. Having recognized its accomplishments and reviewed its course of throughout the last year which guided the End Ecocide in Europe Initiative to today’s standing point, the team is now building the strategic plan and is making crucial decisions with the only wish to bring the maximum added value to the progress of the initiative.

An external facilitator company, azimuth, is guiding these efforts by applying team building techniques and by intermediating to the creative procedure of brainstorming, sharing and co-evolving under the common principles of End Ecocide in Europe.

The evaluation process of the first days of the training already brought out and reconfirmed the strong willingness of the team to keep on going and to embrace the new challenges that will emerge in the dawn of a new era for the End Ecocide Initiative.

This team spirit and the determination to end the large-scale destruction of ecosystems for the sake of future generations have been always the true core of this Initiative; it was their engagement and dedication that introduced this important concept in a year to over 112.000 people all over Europe and built a wide network of organisations and individuals that share our aims. 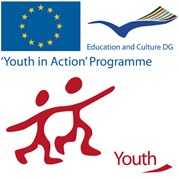