Our initiative in Estonian national media

Our initiative in Estonian national media

On January 29th, our team member Kadri Kalle was guest in the morning programme of Estonian national TV, where she spoke about our initiative. In the following week, on February 4th, she also gave an interview to a environmental show in Estonian national radio channel. She spoke generally about the definition of ecocide, some existing examples, the process of European Citizens’ Initiative, etc.

You can check the TV interview 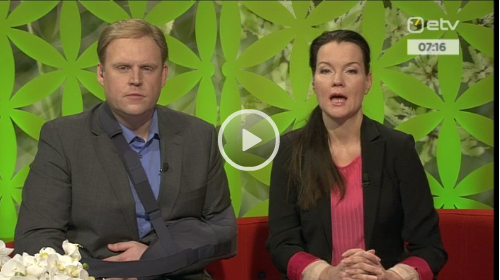 and radio interview here but they are in Estonian 🙂

Damaging the environment is a crime against humanity

Brussels, 22.01.2014: As the European Commission unveils its climate and energy package  for 2030, over 112,000 EU citizens have given their personal data in support of a new law which would make the destruction of Read more…

The HMS President floating on the Thames set a wonderful stage for our press conference with fashion designer and activist Vivienne Westwood. Many journalists came to hear why Vivienne supports our struggle to End Ecocide. Read more…

Interest in Ending Ecocide by the European Economic and Social Committee

Last week, I was invited to speak in the plenary of the European Economic and Social Committee in Brussels. This Committee brings together representatives of civil society from all over Europe. In particular, it unites Read more…